EXTERIOR
Mitsubishi Xpander 2019 was developed in the Dynamic Shield design language of the 2nd generation and immediately resounded success. As a result, Mitsubishi's MPV model has an eye-catching exterior, the design style that many industry experts call design from the future applied on Xpander.

Meanwhile, the Toyota Avanza 2019 only owns a fairly simple design overall but the Japanese carmaker has also upgraded to help the car exterior fit the trend. However, somewhere subtle, users still see the "conservative" design to avoid obsolescence too quickly with the same time.

All specifications for car size, wheelbase all indicate that the Mitsubishi Xpander 2019 absolutely prevails against the specific Toyota Avanza 2019 as shown in the following table:

Looking at the top of the new Xpander, it is not difficult to realize that this is the most prominent place of this MPV with future design. Accordingly, the car is shaped "X", the grille is fully chrome plated with the logo in the middle connected to the daytime running light system with LED design "eye hips". Meanwhile, the headlamp cluster is the most impressive with low design but is only equipped with Halogen ball for both gold light version and no lamp wash feature. 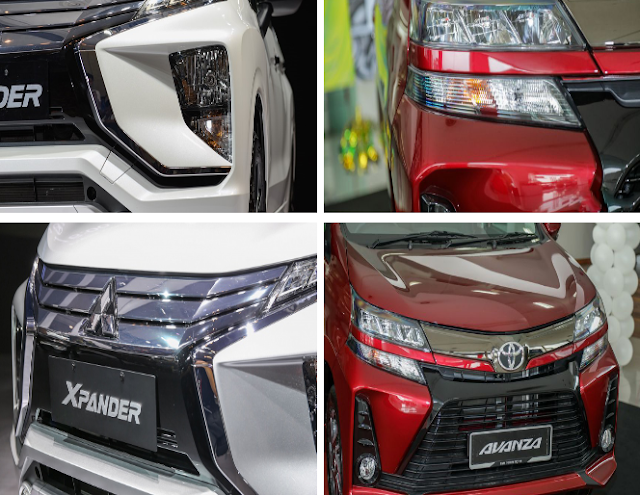 With the Toyota Avanza 2019, the top is the biggest change compared to the old version launched in Vietnam nearly 1 year ago. TMV has used a large chrome-plated horizontal bar at the center of the brand logo connected to the vehicle light cluster with multi-directional reflector Halogen headlights on the high-end floor and plate version of LED technology.

The minus point of the new Toyota Avanza is that it is not equipped with a daylight which is quite disadvantageous compared to its competitors. In return, the Toyota Avanza 2019 has a newly designed fog lamp design that extends the front of the car to a more modern version. 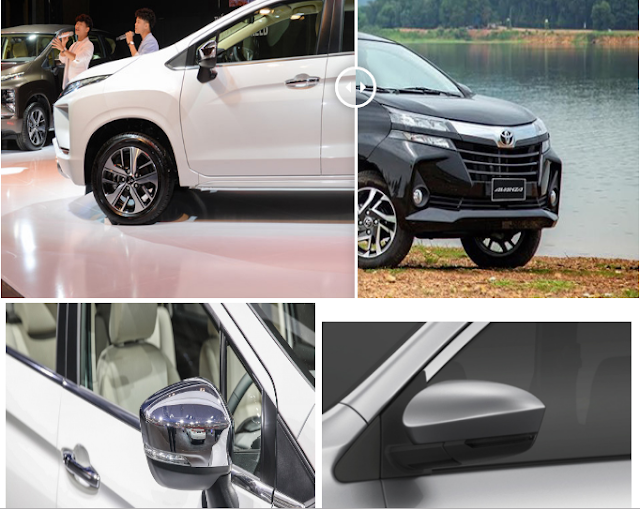 Coming to the body, Mitsubishi Xpander is impressive thanks to many embossed lines but the Japanese car company skillfully does not stretch the whole body but ends right at the front door to help the car be different. High quality chrome-plated door handles with smart key buttons, 16-inch 2-color alloy wheels. The rearview mirror on the automatic transmission is also chrome-plated with electric adjustment / folding function, with a turn signal light.

The Toyota Avanza facelift loses when Toyota's design is still safer, so the car has no way of breaking. The "foot" of the Avanza is only 15 inches in size, the power mirrors are adjustable / electric, but not integrated with the turn indicator and painted in the same color as the body. 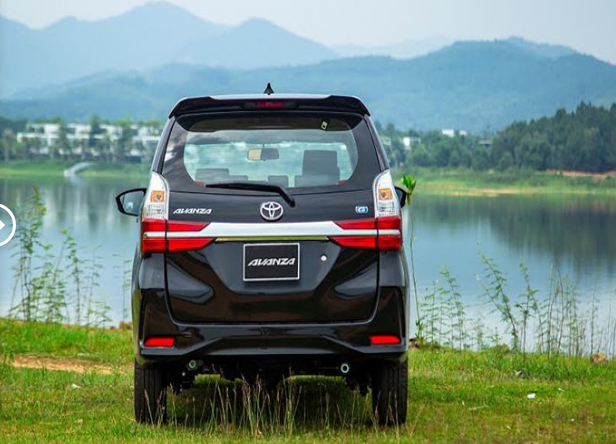 The "L" -shaped taillight cluster with LED technology is the highlight on Mitsubishi Xpander 2019 and when viewed overall, the users still recognize the "X" structure continues to appear in the latter part. The biggest shortage on the current Mitsubishi Xpander is not equipped with sensors back on both versions, but dealers still donate this equipment to customers who buy cars.

Also creating a similar "L" shape, but it is easy to see that the Toyota Avanza 2019 is not modern because of the small overall size of the car, but the design is narrowed down. Connecting the new Avanza taillights system is also a large chrome strip and as a competitor is not equipped with reverse sensors as well as cameras.

Overall, apart from LED headlights in the high-end version, the Toyota Avanza 2019 loses completely compared to the Mitsubishi Xpander 2019 in the exterior.

Located in the affordable low-cost MPV segment, both Xpander and Avanza only use full hard plastic in the dashboard. However, in terms of perfection, there will be a clear difference between these two compatriots.

The Mitsubishi Xpander 2019 brings more elegance to the dashboard as the Japanese carmaker cleverly incorporates fake wood on the surface and impressive cuts. Moreover, the air-conditioned doors and the center console keys are designed to be small and eye-catching than the competition.

In the new upgrade, Avanza 2019 is no longer called the "truck cabin" because Toyota has changed the knob with buttons in the center console to help the car look better than before. However, the air-conditioned door is still quite rough and big, so the overall view of the dashboard is still popular.

On the steering wheel is also the difference when Xpander is leather-covered, Avanza is just the usual Urethane form. At the same time, the Avanza 2019 also does not have automatic throttle functions like Xpander. Behind the steering wheel, the xpander clock cluster is also designed on a more compact surface than what Toyota brought to Avanza. 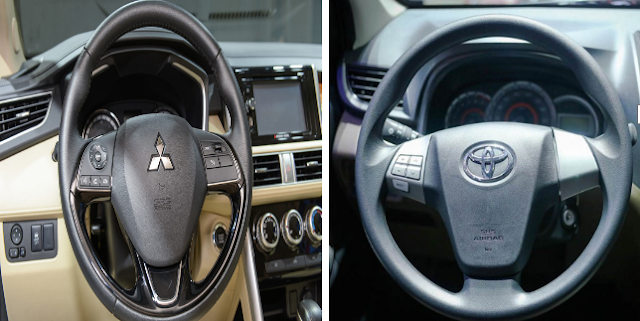 The current Mitsubishi Xpander uses only one MIVEC engine, 1.5L capacity producing 104 hp and maximum torque of 141 Nm. The Xpander upper engine is combined with a 4-speed automatic transmission or a custom 5-speed manual transmission and front-wheel drive.


GENERALITY
After a series of comparisons of exterior, interior, comfort, and safety technology ... Oto.com.vn asks for permission to "whistle" Toyota Avanza 2019 in the game with Mitsubishi Xpander 2019, because it is said in a conscientious way Actually Avanza has no door to fight.

If you choose Toyota Avanza 2019 then maybe just enthusiasts with the logo attached on the car, but actually with the price from 544-612 million compared to what users get back, it is indeed disappointing. The whole of the MPV that TMV is distributing.

Thus, in the MPV segment race in Vietnam, the Toyota Avanza 2019 is just a spice car and the main rival is Toyota Innova, Rush to fight the Mitsubishi Xpander. If you don't want to die too soon, the Japanese automaker needs a real revolution on the Toyota Avanza 2019 but this is really hard because the upgrade has just been launched.
By Matter
Similiar tagsComparison
Home
Home
Subscribe to: Post Comments (Atom)