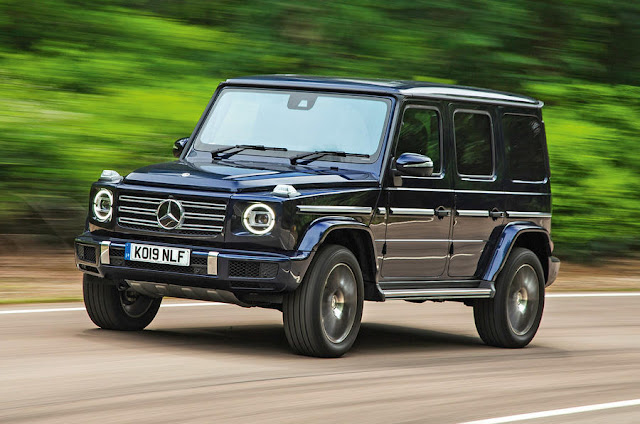 It must be at least partly by coincidence that 2019 is shaping up to be such a significant year for the reimagined off-roading icon – although you couldn’t find a clearer or more potent symbol of the car buyer’s current obsession with all things SUV if you spent the whole year looking for one.
In April, we put the fourth Wrangler-dubbed generation of the inimitable and original Jeep through the Autocar road test – and by the end of 2019, we’ll have driven the much-anticipated all-new Land Rover Defender as well. The big question now is, by this time next year, which leather-lined, rough-stuff specialist will enthusiasts, owners and critics alike be praising in the highest of terms: Wrangler, Defender or subject of this week’s road test: the all-new Mercedes G-Class?
You might know it as Geländewagen, or G-Wagen – and if you do, you may also know that it’s now served for longer in uninterrupted production than any other Mercedes passenger car. It’s four decades since Mercedes and part-owned subsidiary Steyr Daimler-Puch launched the original version, available as it was in a choice of wheelbases and bodystyles, and with as much as 154bhp to call its own. Even in 1979, it arrived decades after both the Series I Land Rover and the Willys-Overland CJ – but, as a result of its subsequent graduation to higher and more prized status as luxury lifestyle accessory, the G-Wagen now gives up little, if anything, by way of iconic status to either off-roading-institution rival.
The new G-Class was introduced in the German market last year with a choice of V8 turbocharged petrol engines, and it wasn’t until January that Mercedes completed the line-up by adding a diesel: the six-cylinder, 282bhp G350d, now available in right-hand-drive form, which we elected to test – and which also happens to be, by Mercedes’ own reckoning, the most fuel-efficient G-Wagen that it has yet made.

The Mercedes G-Class range at a glance

Just two engines are available for the G-Class in the UK, and they couldn’t be more different in terms of character or performance.
Our diesel-drinking G350d is the entry-level model – though, with an asking price starting at £94,065, it’s by no means cheap.
Sitting above this is the bonkers AMG-tuned G63, with its 577bhp twin-turbo V8 and £143,370 price. AMG Line is the only trim available for the G350d, while the full-fat AMG model acts as a stand-alone trim level.
Price £94,065 Power 282bhp Torque 443lb ft 0-60mph 7.5sec 30-70mph in fourth 8.5sec Fuel economy 24.9mpg CO2 emissions 252g/km 70-0mph 52.2m
By Matter
Similiar tagsReview
Home
Home
Subscribe to: Post Comments (Atom)