The past two decades, luxurious five-star (and even six and seven star) hotels and resorts are popping up like mushrooms in all corners of the world. Although this is great news for discerning travelers (and I count myself among them), not all new expensive and glitzy hotels meet the standards of a true refined and memorable experience. In my humble opinion, only a few hotel chains succeed at delivering the consistency of unrivalled excellence that luxury-minded globetrotters expect these days. These brands stand out and leave the competition behind with impeccable service, extraordinary locations (whether a beach, city or remote wilderness spot), world-class wellness facilities, superlative gastronomy, spectacular accommodations, and – last but not least – environmental conscious policies. I hereby present you the 10 most exclusive hotel brands in the world, the ones I happily return to again and again when traveling around the globe. 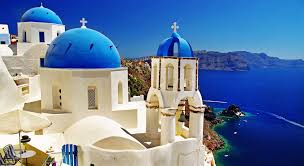 10. ST REGIS
St Regis is one of two ultra-luxe hotel brands managed by the Marriott Hotel Group (the other one being Ritz-Carlton). Born of a distinctive legacy and crafted for discerning travelers who desire the finest experiences, the brand established luxury hospitality with the launch of The St. Regis New York  property in 1904. From the moment John Jacob Astor IV opened the doors of his Beaux-Arts masterpiece on Manhattan’s Fifth Avenue, the St. Regis brand has always been associated with uncompromising elegance and bespoke service. Butler service has been a signature feature of the St. Regis experience for more than a century, and St Regis remains the only luxury hospitality brand in the world to offer this personalized service at every one of their hotels. Combining classic sophistication with a modern sensibility, more than 30 St. Regis hotels around the world are committed to delivering exceptional experiences.

9. MANDARIN ORIENTAL
Over the past 50 years, Mandarin Oriental has grown from a well-respected Asian hotel company into a global brand. The group has a rich and proud history which began with the opening of the brand’s flagship property, The Mandarin, in 1963 in Hong Kong. The hotel, which was the tallest building on the island when it opened, soon built up an enviable reputation for service excellence, and instantly became a historic landmark – a status it still holds today. In 1974, The Oriental in Bangkok, which was already acknowledged as one of the world’s most legendary hotels was partially acquired by the group, making the company unique in the way that it has two flagship hotels whose names represented the very best in hospitality. Today, the group is firmly established as a truly global luxury player and operates more than 30 hotels worldwide, with each property featuring a distinctive oriental design (reflecting its heritage) and a unique sense of place.
8. PARK HYATT
Park Hyatt is the most luxurious brand of the USA based Hyatt Hotel Group, which now manages more than 10 distinctive brands in its portfolio, each designed to deliver experiences attuned to the lifestyles, attitudes, values, and aspirations of the guests for whom it is designed. Located in major gateway cities and prime leisure travel destinations worldwide, Park Hyatt hotels are a symbol of luxury, offering impeccable service, world-class spas and state-of-the-art guest rooms, all perfectly tailored to those who expect nothing but the best. Each Park Hyatt property is designed to reflect the unique character of its locale – the chic of Paris, the exotic allure of the Maldives or the all-American style of Chicago. Park Hyatt hotels are especially known for their acclaimed art programs, sleek and minimalist interior design, and exceptional dining venues under the direction of celebrated chefs.